He has chaired numerous National Academy of Sciences committees; proposed a Framework Convention on Global Health endorsed by the UN Secretary General; served on the WHO Director’s Advisory Committee on Reforming the WHO; drafted a Model Public Health Law for WHO and the CDC; and directed the National Council of Civil Liberties and the National Association for Mental Health in the United Kingdom, where he wrote the British Mental Health Act and brought landmark cases before the European Court of Human Rights.

Sponsored by the Center for Bioethics, UNC Public Policy, the Global Research Institute, and the Gillings Global Gateway. 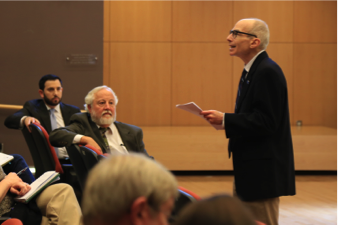